Literature / She Lover of Death 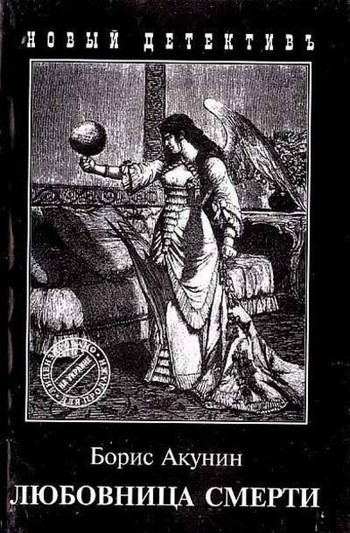 She Lover of Death (Любовница смерти, "Mistress of Death") is a 2001 Russian novel by Boris Akunin. It is the eighth novel in the Erast Fandorin mystery series.

The story is set in Moscow in the year 1900. A rather impressionable, naive, melodramatic young woman named Masha travels from the provincial backwater of Irkutsk to the city, adapts the alias of Columbine, and joins a suicide club. It's all very morbidly romantic, as the members of the suicide club, led by a mysterious man called Prospero, aka the Doge, off themselves one by one. Columbine is distracted however from her imminent date by death by an intruder into the club—one Erast Petrovich Fandorin, who has been hired to investigate the rash of suicides and the club they're associated with. Fandorin struggles to snap Columbine out of her romantic obsession with death, while also discovering that all is not as it seems with the suicide club and the Doge.