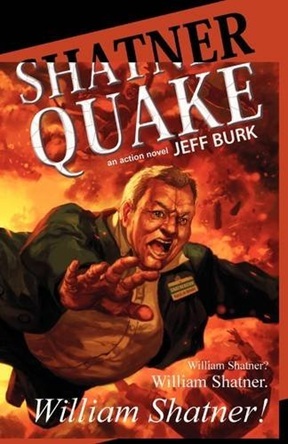 When William Shatner arrives at the first annual ShatnerCon, he is confronted by hordes of his own fans, who worship his various media incarnations - and an attempted terrorist attack by the Campbellians, crazed fans of Bruce Campbell. However, the attack is thwarted by a humble movie projectionist, who unwittingly summons an even more dangerous threat: every character ever played by William Shatner, who all arrive with a single goal in mind: Kill the real William Shatner.

Yeah, it's a bizarro novel. How'd you guess?