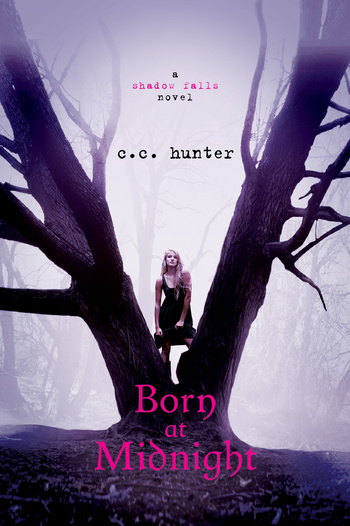 Things haven't been going well for Kylie Galen lately; her parents are divorcing, her boyfriend's broke up with her and already has a new girl, her best friend for years has suddenly become a completely different person... oh, and a man in the military fatigues that only she can see has been stalking her for months. As if that wasn't bad enough, said best friend drags her to an end-of-the-school-year party where she and everyone else gets arrested.

Her mother decides to send Kylie to Shadow Falls thus dooming her to summer at a camp for troubled teens with bad attitudes and drug problems. Then she actually gets there and Kylie discovers its real purpose: a training institute to help vampires, witches, werewolves, fairies, and shapeshifters to hone their abilities and blend in with the larger world.

And apparently, Kylie's one of them.

As Kylie comes to grapple with her new reality she must contend with amongst other things: two roommates who love to fight with each other, two cute and hot guys both with an interest in her, an angry werewolf who is into one of those guys, and the fact that no-one knows just what Kylie is. Kylie has never felt like she was normal and even though she feels deeply uncertain about everything, one thing is becoming painfully clear—Shadow Falls might be just where she belongs

Written by fantasy author C.C. Hunter, the first of the Shadow Falls series was released in 2011 with Born at Midnight followed by Awake at Dawn, Taken at Dusk, Whispers at Moonrise, ending with Chosen at Nightfall. Two short stories were also released featuring prospective of Kylie's vampire best friend Della Tsang. Turned at Dark which told of how Della first became a vampire and found herself at Shadow Falls. The second was Saved at Sunrise seeing her on an assignment for the FRU (the police force of the supernatural community).

A sequel trilogy, with Della as the main character, titled Shadow Falls: After Dark were released consisting of Reborn, Eternal, Unspoken.