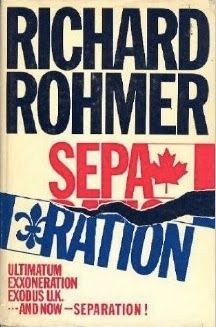 Separation is the sequel novel to Exodus UK by Richard Rohmer, a Canadian author who has extensive experience in the energy sector and applied that knowledge to his books of the 1970s and 1980s. It was released in 1976.