Literature / Seekers of the Sky 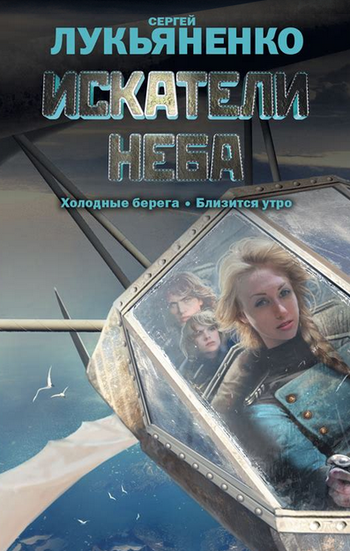 Seekers of the Sky (Искатели неба, Iskateli neba) is an Alternate History duology (actually, one novel Divided for Publication) with elements of Fantasy by the popular Russian sci-fi and fantasy author Sergey Lukyanenko. Its setting explores the premise of "What If? Jesus Christ had been killed by Herod's troops during the Massacre of the Innocents?"
Advertisement:

After his death, Jesus persuades his Father to give humanity another chance and send a new savior to them, so God leaves the only child not slain by Herod's troops at Mary and Joseph's doorstep to raise as their own. The boy's name is lost to history, and everyone simply knows him as the Redeemer, the Step-Son of God. Instead of Jesus' many miracles (walking on water, turning water into wine, making more fish, etc.), the Redeemer is given just one: the Word, a semi-magical power that allows him to put anything he desires into another dimension known as the Cold and retrieve it at a later time. He uses this power to prove his divinity and ascend to the throne of The Roman Empire.

Fast-forward to two thousand years later. The Roman Empire has never collapsed and now controls most of Europe and has colonies in Africa and the Americas, although it is now called simply "the State". The other powers in the world are the Russian Khanate (Russia never throwing off the Mongol yoke), the Chinese Empire (the most advanced nation in the world), the Ottoman Empire (by far the weakest), and the barely-mentioned Aztec Empire. The worldwide deficit of iron makes it the monetary standard, while gold is treated as a pretty trinket. Science and technology have stalled at roughly medieval levels, although certain aspects of The Renaissance and the Industrial Revolution are present. A number of people (mostly nobility) know the Word, although it is a much weaker version of the Original Word that the Redeemer knew, and use it to keep all their treasures safe from thieves.

The protagonist is a thief/tomb raider named Ilmar the Slick, who is captured and sent to an island Penal Colony to mine iron for the rest of his life. On the prison ship, he meets a young boy, who is revealed to be Prince Marcus, one of the illegitimate children of the Possessor, and soon finds out that the entire State is after the boy for unknown reasons. Ilmar helps Marcus escape, and they get to the mainland with the help (at gunpoint) of a glider pilot named Helen the Night Witch. Then they find out that anyone who has even seen Marcus has been either executed or imprisoned. Realizing they have no choice, they run, hoping either to escape or to turn in Marcus in hope that they will be spared.

The author pays special attention to the current state of the world, as well as how it got there from both historical and religious standpoints. The backstory is slowly revealed through recollections, sermons, and sometimes visions.