Literature / Secret History: Or, The Horrors Of St. Domingo In A Series Of Letters 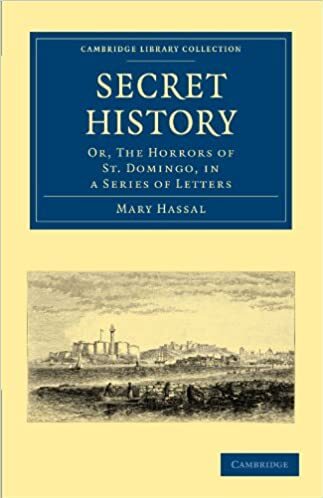 The cover used in copies printed for academic purposes.

Recording the Haitian Revolution of the early 1800s through a series of letters, Mary Hassal provides a glimpse into a turbulent period in colonial history.

Most of the letters are addressed to either her uncle, US Vice-President Aaron Burr, or to her sister Clara. The book recounts the initial slave revolts that rocked Haiti, as well as the backup force sent by Napoleon to retain control of the colony. Interspersed throughout are Hassal's lamentations about the subjugation of women at the time and their dependence on men.

Tropes Present In This Work: