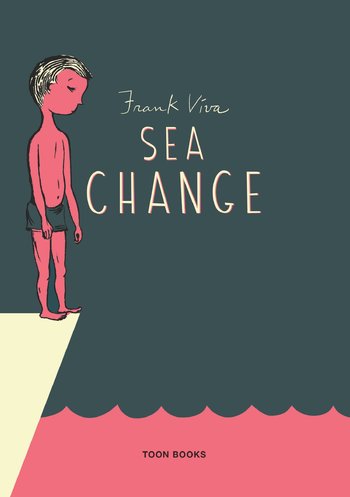 Sea Change is a Children's Book by Frank Viva.

Eliot is all set to spend the summer at home. Camping in the backyard with his friends, catching up on all his favourite shows, buying the newest Spiderman comics, and everything else he expected.

Only for his parents to dash it all on the floor by informing him that they've decided to have him spend the summer with his Great Uncle Earl in Point Aconi, Nova Scotia. Naturally, he's completely against it. But, unfortunately, his parents' decision is final. So, he has to pack up and get on that plane.

Once he arrives, his expectations are met at first glance. Point Aconi is a boring, middle-of-nowhere port town with only one hangout, a nasty bully who immediately gives Eliot a warm unwelcome, and his Great Uncle starts him off with a dinner of cow tongue, and has him wake up before sunrise to help him on his fishing boat. So, yeah, Eliot already hates it.

However, then he meets a girl by the name of Mary Beth and her brothers. From there, as the two get to know each other, Eliot discovers that there's actually quite a bit to like about Port Aconi. And soon, Eliot falls in love with the small town.