Literature / Scamp The Adventures Of A Little Puppy 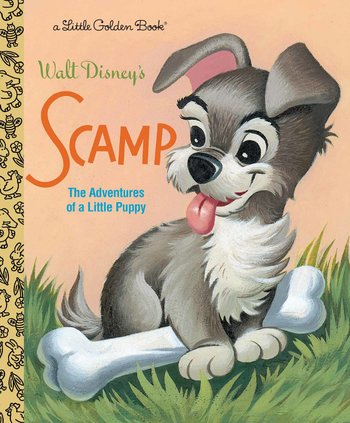 The Scamp: The Adventures Of A Little Puppy is a piece of Children's Literature written Annie North Bedford and illustrated by Walt Disney Studios. It's a Short Story that takes place after Lady and the Tramp and is about Lady and Tramp's son Scamp. It was first published in 1957 and is part of the Little Golden Books series.