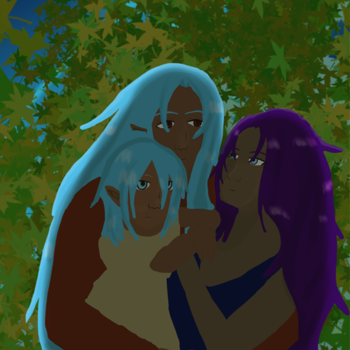 Yay LEGO Genetics
A group of messengers on behalf of ambassadors from another kingdom arrive with an unexpected diplomatic offering. What they have to offer further complicates Brielle's already chaotic and politically charged life.How she ended up as queen of her people, married with a child and on the brink of war with another people is expanded upon.
Advertisement:

Sacred Druid Blood is a work in the Anthologies of Ullord by Nikki Flynn and Edwin Dantes.