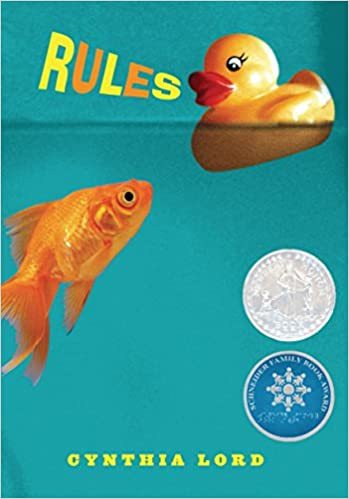 Rules is a 2006 young adult novel by Cynthia Lord.
Advertisement:

Catherine, an artistic twelve-year-old girl, has spent much of her life looking after her autistic eight-year-old brother, David, and teaching him to memorize rules for life. When Kristi, a girl her age, moves in next door, Catherine is worried that David's weird behavior will put her off. But not only does she befriend Kristi, she also befriends Jason Morehouse, a slightly older boy who goes to the same occupational therapy center as David.