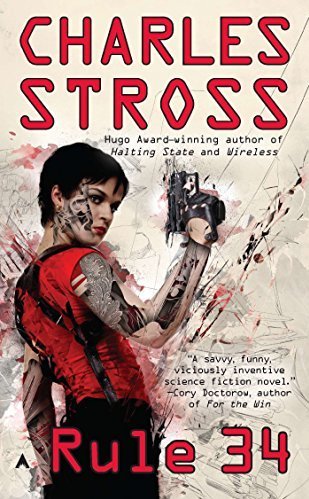 Rule 34 is a near-future Science Fiction novel by Charles Stross, released in 2011, a sequel to Halting State.

Not To Be Confused With Rule 34, which is something else entirely (although it is what the book is named for). The titular police division tracks crimes that operate on a similar "if you can think of it, it's out there" principle.