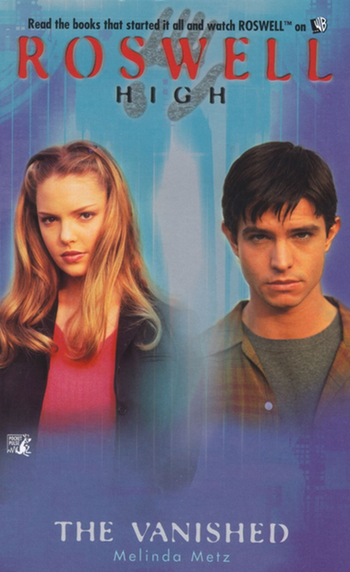 Roswell High was a series of Young Adult novels written by Melinda Metz that led to the creation of the TV series Roswell.
Advertisement:

The series mainly revolved around a group of six teenagers, three of which happened to be aliens.

There were a total of ten books in the series. Their titles are The Outsider, The Wild One, The Seeker, The Watcher, The Intruder, The Stowaway, The Vanished, The Rebel, The Dark One, and The Salvation. The first five books came out before the TV show started, after which they were re-released with new covers (with the actors on them). The rest of the series was released following that.