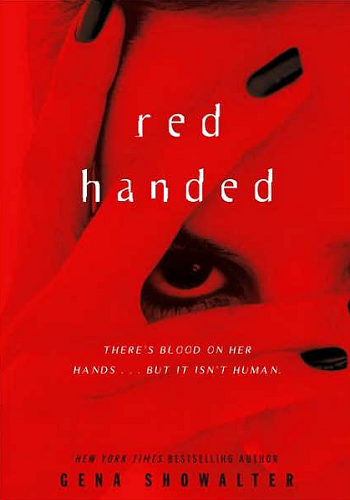 2007 book by Gena Showalter. Phoenix Germaine has been trying to earn back her mother's trust after going into rehab and kicking Onadyn — the drug of choice for New Chicago teens. But when a party in the woods turns into an all-out battle with the most ferocious aliens Phoenix has never seen, she's brought home in what appears to be an Onadyn-induced state. Hello, reform school.
Advertisement:

Except, what her mother doesn't know is that Phoenix has just been recruited to join the elite Alien Investigation and Removal agency, where she'll learn to fight dirty, track hard, and destroy the enemy. Her professional training will be rigorous and dangerous, and the fact that one of her instructors is Ryan Stone — the drop-dead gorgeous, nineteen-year-old agent she met in the woods that night — doesn't make things any easier.

Unrelated to the 2013 graphic novel.