All spoilers for Ready Player One will be left unmarked. You Have Been Warned. 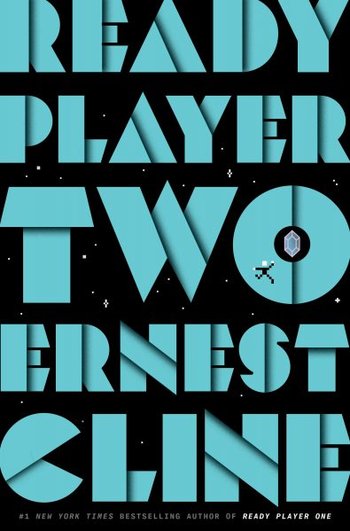 Ready Player Two is a 2020 sci-fi novel by Ernest Cline, and the sequel to his 2011 bestseller Ready Player One. It continues the story of protagonist Wade Watts who, following his victorious completion of OASIS creator James Halliday's Easter Egg hunt, finds himself immeasurably wealthy and in control of the OASIS alongside his friends. However, the discovery of an incredibly advanced new piece of technology, secretly designed by Halliday before his death, changes the face of the OASIS forever, and leads to a brand-new hunt throughout its various realms, one that could end with massive repurcussions for all of humanity...

Much like its predecessor, the novel focuses heavily on 1980's pop culture, classic video games, and grand adventure stories of old, all wrapped within the usual sci-fi trappings.