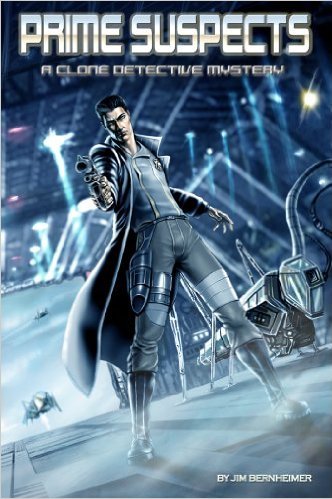 It's not every day you solve your own murder.

Prime Suspects: A Clone Detective Mystery is a science-fiction novel by Jim Bernheimer.

Upon waking up in a new city on a different planet, homicide detective David Bagini discovers that he is in fact the forty-second clone of David Bagini. He's been created to solve a murder ... specifically the murder of his prime. Standing in the way is the clues point directly at the other Bagini clones and they already know all his tricks.

How do you solve your own murder when you are the only suspect?