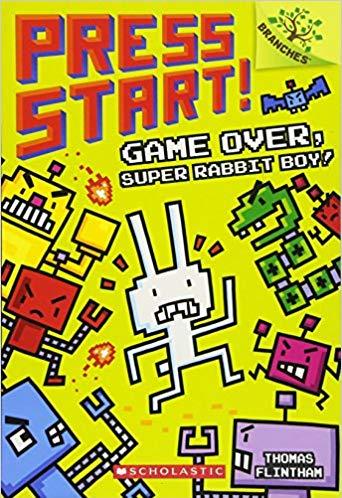 Press Start! is a series of children's early chapter books written and illustrated by Thomas Flintham as an Affectionate Parody of video games.
Advertisement:

Set inside the world of a series of Fictional Video Games a boy, Sunny, plays as part of the Framing Device, the book series follows Super Rabbit Boy, your stock video game hero, and his video-game-esque adventures facing off Big Bad meanie King Viking, all while common (and usually classic) Video Game Tropes and Shout Outs to familiar video games are thrown around (even the characters are a Cast of Expies!).

Not related to the 2007 film Press Start, though both the book series and film are about video games.