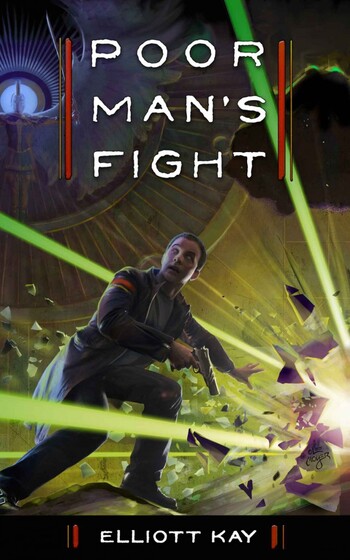 War for fun and profit.
Advertisement:

Quick-witted Tanner Malone has bombed the Test, an all-important exam that establishes how much he owes for his corporate-funded education. With his future plans crushed under a mountain of debt, Tanner enlists in the navy of his home star system of Archangel. But he hasn’t factored in the bullying shipmates, the civil war brewing on the border, or the space pirates.

As Tanner begins basic training, the government ramps up its forces to confront the vicious raiders wreaking havoc throughout human space. Led by the complex and charismatic Captain Casey, the outlaws never let their egalitarian and democratic ideals get in the way of a little murder or mayhem.

Assigned to the front lines, Tanner learns there’s only one way to deal with his ruthless foes, cruel comrades, and the unforgiving void of space. He’ll have to get up close and personal.

It contains the following books: