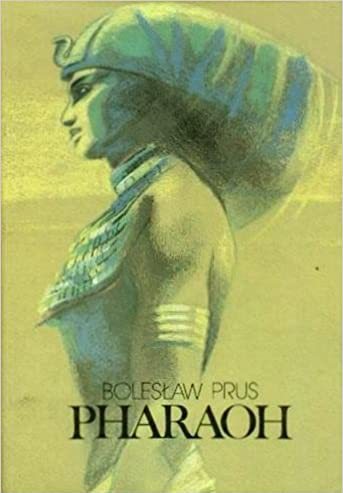 First serialized in 1895, published in 1897, made into a movie (Oscar nominated) in 1965, the only historical novel by Bolesław Prus (of The Doll fame), set in Ancient Egypt and dealing with heavy, heavy politics. As well as social problems of the author's time.

The Film of the Book, 1966 film Pharaoh, is deemed one of the best Polish movies, despite (or because) shoestring budget and Troubled Production.

A young, ambitious son of the pharaoh is made the crown prince. Despite his fresh (read - naive) outlook and great enthusiasm for the job, Ramesses slowly discovers that good intentions are less than insufficient when you want to make your kingdom mighty, crush your enemies and bring prosperity to your people. In fact, they might even be detrimental, especially when you've got a host of priests watching your every move...

And their disapproval may not be so unfounded.

in the original Polish. Also available in English at the Gutenberg Project

, under the title The Pharaoh and the Priest.