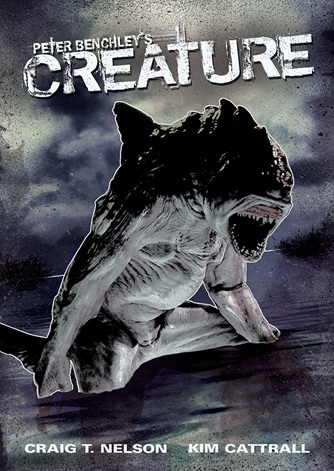 Creature, originally known as White Shark, is a horror-thriller novel by the author of Jaws, the late Peter Benchley.

It is about a humanoid monster, known as Der Weisse Hai, or 'The White Shark' designed by Those Wacky Nazis that terrorizes a small New England coastline. It follows a similar format to Jaws, but is certainly its own tale.

In 1998 it got a TV movie adaptation starring Craig T. Nelson, Kim Cattrall, Giancarlo Esposito, and Colm Feore, but this movie was only very loosely based on the novel.

Tropes present in both the book and the movie:

Tropes present in only the book:

Tropes present in only the film: