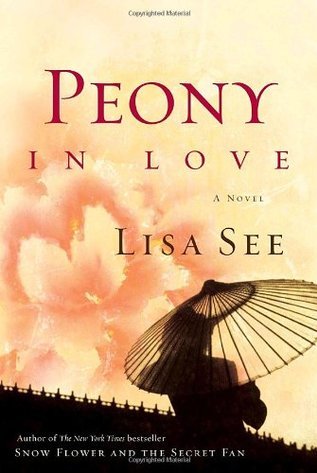 Peony has just turned sixteen and is ready to marry the husband she has been betrothed to by birth, even though she has never once met him. On the outside, she is an obedient daughter content with being locked in her house by her family for her entire life; on the inside, Peony secretly longs for passion, adventure, and an opportunity to see the outside world, much like the heroine of The Peony Pavilion, an opera which Peony is obsessed with, does.

Then, during a performance of The Peony Pavilion, Peony sees a handsome man, and Love at First Sight ensues.

Peony In Love by Lisa See is novel that not only explores the effect of qing and poetry in Chinese society during the reign of the Manchus, but also vividly depicts the realm of the Chinese underworld and ultimately, the many forms of love.