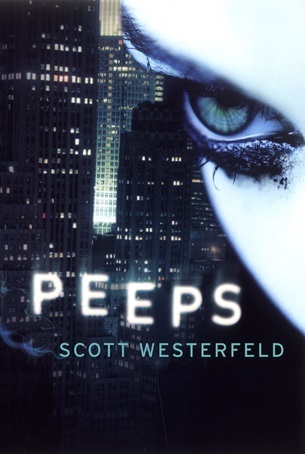 Peeps (also released as Parasite Positive) is a novel by Scott Westerfeld, which concerns Cal Thompson, a carrier for a parasite which turns people into "peeps" - monstrous anti-versions of themselves, repelled by anything they once held dear. Recruited by the Night Watch, he's on a mission to capture the girls he has infected. However, it turns out there is more going on than he suspected; with things under the earth starting to stir...The book had a companion book, The Last Days, published in 2007.