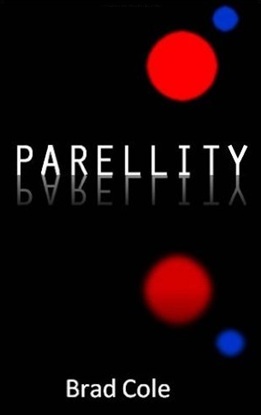 Parellity is a 2012 adventure novel by Brad Cole. The book is about a young man, Douglas Moreau, who finds himself transported from his apartment in the city to the planet of Parellity.

After escaping from a group of marauders called the Corsairs and fighting a strange, alien creature, Doug is brought to the city of Harborage, the Last Fertile Region in a continent-spanning desert. After some convincing, Doug is persuaded to help protect the city from an impending attack by the Corsairs. As the battle draws nearer, it becomes apparent that greater forces are working their influence over the Corsairs, the people of Harborage, and Doug.