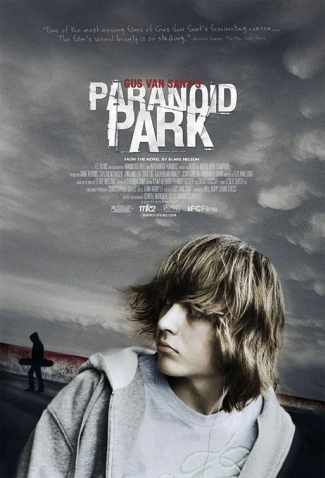 Paranoid Park is both a novel by Blake Nelson and an The Film of the Book indie directed by Gus Van Sant. It tells the story of a 16-year-old skateboarder - unnamed in the novel, but given the name Alex for the film - who tries to fit in with the skater crowd and accidentally kills a security guard while trying to board a train. The author has said that the book is a kind of retelling of Crime and Punishment in a young adult fiction setting. The novel and film take place in Portland, Oregon, United States.