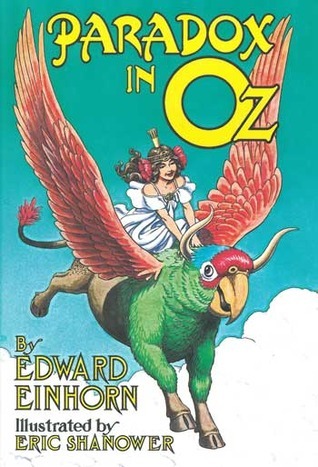 Paradox in Oz is a 2000 novel by Edward Einhorn, which serves as a continuation of L. Frank Baum's original Land of Oz series as well as a Milestone Celebration of the 100th anniversary of The Wonderful Wizard of Oz.

Panic strikes Oz as Omby Amby discovers gray hairs in his green beard, and other Oz residents realize they are aging or hitting puberty. Princess Ozma consults Glinda the Witch of the South, and they conclude the anti-aging spell which has kept anyone in Oz from aging since Ozma took the throne has been broken. They find that the spell was cast on The Man Who Lives Backwards, now a baby, to keep him from growing any younger and disappearing from existence. Thus, the only way for Ozma to reinstate the spell is to meet The Man Who Lives Backwards as an adult through time travel, with the help of Tempus the Parrot-Ox. Along the way Ozma accidentally changes the timeline and creates a dystopic version of Oz, and has to do more time traveling to put things right again.