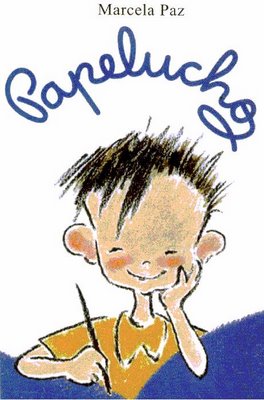 Papelucho is a series of twelve books written by Ester Huneeus, a Chilean author, under the pseudonym Marcela Paz. It presents itself as the diary of a middle class, 8-year old Chilean boy in Santiago. The first book was published in 1947 and the most recent appeared in 1974: Am I Dix-lazy?.

Other posthumous titles include: