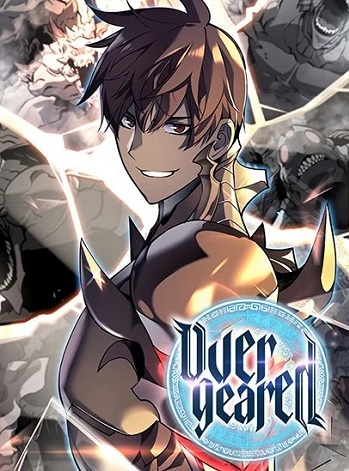 How am I doing this? It's the item's attribute!
Advertisement:

Shin Youngwoo, known in-game as "Grid," is a 20-something young man fresh out of his mandatory military service, but life has not been good to him. His high-school career involved getting brutalized by the local bully, while the rest of the class just laughed. His Only Friend led him into a pyramid scheme where he wound up with 10 billion won of debt, the only consolation prize being a capsule that allows him to connect to the VR game, Satisfy, with him having to go to the day labor office and work his tail off every day so he can keep up with the interest of his debt. Even the game world mocks him as he gets dragged into a quest chain completely inappropriate for his character level, getting killed and losing his equipment over, and over again.

Eventually, through sheer grit, he comes to the end of the quest, but the quest giver turns on him in a rage and tries to kill him again, the moment he's got the quest item in hand, [Pagma's Lost Book]. Getting one-sidedly beat on, he decides that rather than let the obnoxious NPC steal away the prize, uses the book on himself, becoming the first ever Legendary-rated class, Pagma's Successor, but this resets him back to level 1, where he gets struck down, then the quest failure penalty steals two more levels, leaving him at -1, and forcefully logging him out for 12 hours. Then after he gets some sleep and endures a day of hard labor, returns to play again, to be spawned outside the temple for the local Religion of Evil as they're performing a Virgin Sacrifice. A powerful NPC appears and asks for his help to rescue the virgin. As he's trying to decline, because it would be suicidal to intervene, he trips, accidentally knocking a boulder on one of the cultists below, forcing him into the quest. As if the situation wasn't already dicey, one of the top ten players of the game shows up, protecting the cultists as part of her own quest chain!

After a fierce battle, where he doesn't do much except get killed accidentally rescuing the virgin in the process, he still technically fails the quest lowering his level even further to level -3. Then as if that still isn't enough, when he respawns, he finds himself, completely broke, in a town where the nearby hunting areas have monsters at a minimum of level 100, no viable options, with the nearby NPC completely unsympathetic. Most people would Rage Quit at this point, but not Grid. He goes to the one guy who actually has a quest he can do, a quest involving cutting logs for his smithy. It is at this point that Grid realizes the strength of his new legendary blacksmith class and starts to turn his life around, quickly becoming a very powerful, influential, and most importantly, rich player that few can contend with.

The web novel version first became available to English-speaking audiences in October of 2017, with the manhwa first being translated in April of 2020. Author: Dong Wook Lee