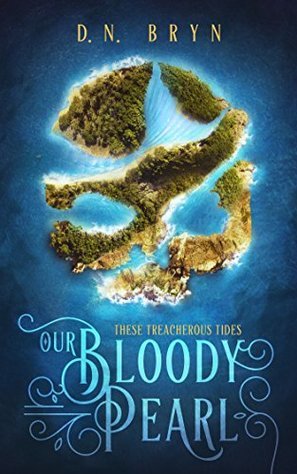 We were right to hate the humans.
Our Bloody Pearl is a 2018 novel written by D. N. Bryn.
Advertisement:

Set in a light steampunk universe, Our Bloody Pearl follows Perle, a bloodthirsty siren who has been held captive by a ruthless pirate captain named Kian. This changes, however, when Kian's ship is taken over by a far gentler and kinder pirate captain named Dejean. Dejean frees Perle from their prison, but they aren't without their scars — their tail is paralyzed, and the ocean that used to be welcoming and kind to them now seems frightening and far too vast.

With the help of Dejean, his spunky sister Murielle, and his sarcastic first mate Simone, Perle tries their best to learn to live life after Kian — although she's still out there, and the threat of capture hangs heavy over their head ...

Our Bloody Pearl contains examples of: