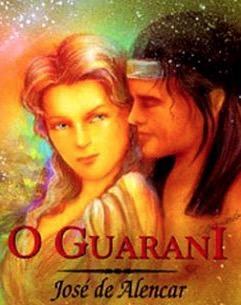 O Guarani is a work by the Brazilian genius José de Alencar. Is about the adventures of the eponymous Guarany as he battles his way for the hand of his beloved Ceci, as a war between indians and whites burns on Colonial Brazil.

The work is considered a great classic of Brazilian literature, read in schools to this day. It has received several adaptations, including an Opera in 1870, three movies (one in 1912, 1979 and 1996), a mini-series adaptation in 1991 and a comic book adaptation. All adaptations use music from the first Opera.