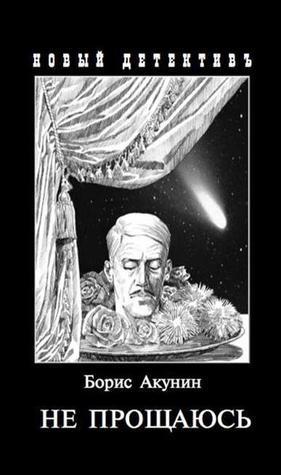 Not Saying Goodbye is a 2018 novel by Boris Akunin. It is the 15th and last novel in the saga of Russian detective, occasional spy, and all-around James Bond hero, Erast Fandorin.

Spring, 1918, forty-two years since the Fandorin cycle began with The Winter Queen. Erast Fandorin has lain in a coma for nearly four years after he was shot in the back of the head in Baku in July 1914 at the end of Fandorin #13, Black City.note Fandorin #14, story collection Planet Water, was not translated into English. Everything has changed. Russia has "fallen apart with incredible speed and a kind of reckless jauntiness, as if for a thousand years it had just been waiting for a chance to crumble into dust." Tsar Nicholas II was overthrown in February 1917. Then the liberal government that succeeded him was itself overthrown by the Bolsheviks in October 1917, and the Bolsheviks took the country out of World War I. Now Russia is torn by civil war, with the Bolsheviks holding a very shaky grasp on power while much of the country is in the hands of the anti-Bolshevik White Russians.

Fandorin finally awakes from his coma and, with the help of his ever-faithful Japanese manservant Masa, slowly regains his health. He gets mixed up with an anarchist cell in Moscow, before deciding that Russia is beyond help and it's time to leave. On his way south to Sevastopol and a ship out, he meets a woman half his age named Elizaveta (nicknamed "Mona", from Mona Lisa) and falls in love. But before he leaves there's one more mystery to be investigated, namely, an underground Communist group that bombed an orphanage in White-controlled Kharkov.

Meanwhile, this last Fandorin novel introduces a second protagonist to the narrative. Staff Captain Alexei Romanov is basically a younger, Communist Fandorin—dashing, clever, courageous. He spent the world war, and Boris Akunin's "Brüderschaft with Death" book series, in counter-intelligence, doing battle with a German spy. Now he has gone over to the Bolsheviks. In Moscow, Romanov pretends to support the Whites, and manages to infiltrate and expose a White Russian plot to take control of Moscow. Then, still operating as a mole in White Russian intelligence, he makes his way to Kharkov, where he works to undermine the White cause, while simultaneously trying to contact the rogue Communist group that bombed an orphanage. There Romanov meets an old acquaintance—Erast Petrovich Fandorin.