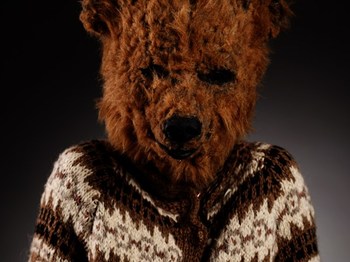 Remember kids, if you see this guy in a truck giving out candy, RUN!
Advertisement:

1999, also known as 1999: Caledon Local 21 or Mr. Bear's Cellar, is a Creepypasta story. It is formatted as a pseudo-blog written by a man named Elliot, who discovered a strange local-access channel called Caledon Local 21 as a young boy. As he grows up, he realizes how twisted it is. The owner of it kidnaps children with intent to sacrifice them. It can be found here