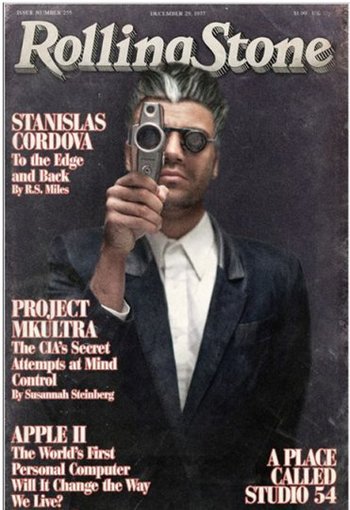 The novel really blurs the line between reality and fiction
Advertisement:

When Ashley Cordova, 24 year old daughter of legendary cult horror film director Stanislas Cordova, turns up the victim of an apparent suicide, investigative journalist Scott McGrath is on the case. Years ago, McGrath's investigation into Cordova cost him his marriage and career. Motivated by a desire to solve the mystery of the seemingly cursed Cordova family, and bolstered by revenge, McGrath conducts a private investigation of the reclusive director that will lead him into some very dark places.

Tropes Found in this Work Include: