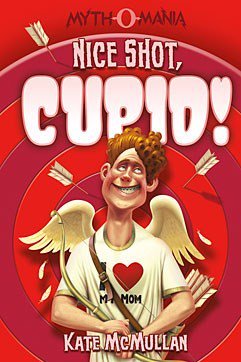 Nice Shot, Cupid! is Book IV in Kate McMullan's Myth-O-Mania series, published in 2002. Hades tells the story of how the awkward teenage god Cupid found love with the mortal princess Psyche, despite the jealousy his mother, Aphrodite, holds towards her popularity.