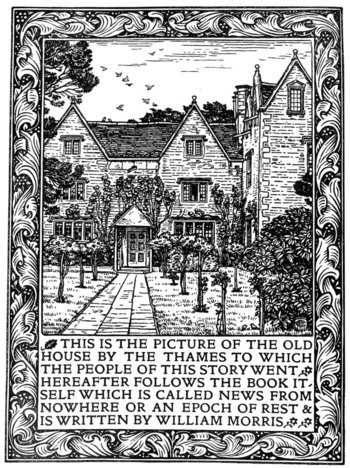 News from Nowhere is a utopian novel published in 1890 by William Morris.
Advertisement:

The narrator, William Guest, falls asleep and finds himself in the 21st century, in an idyllic agrarian society created following a socialist revolution.

News from Nowhere was written as a riposte to Edward Bellamy's Looking Backward, a similarly structured Author Tract about a possible socialist future, but one which Morris hated for its utilitarian drabness.