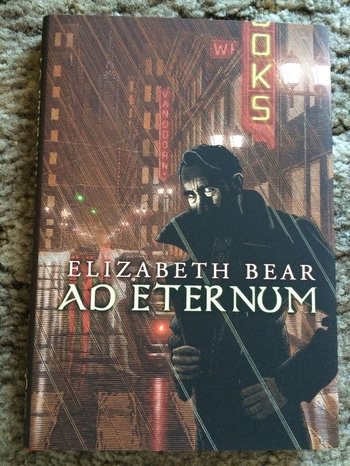 A series of short stories and novellas by Elizabeth Bear, covering the years between 1898 and 1962 in the life of vampire detective Don Sebastien de Ulloa. The works are set in a world much like ours, except supernatural things are real and — because magic leveled the playing field — Europeans were never able to settle the Americas beyond the coastal areas, meaning there are colonies instead of the United States for most of the books.

The four volumes in the series as of June 2012 are: