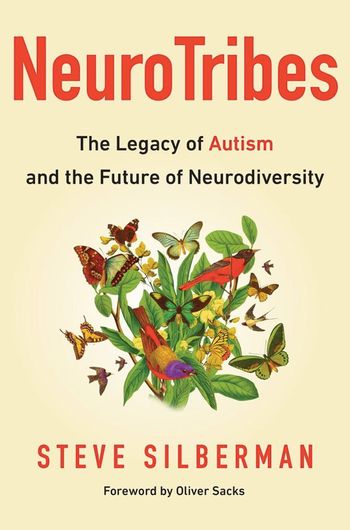 With the generation of autistic people diagnosed in the 1990s now coming of age, society can no longer afford to pretend that autism suddenly loomed up out of nowhere, like the black monolith in 2001: A Space Odyssey. There is much work to be done.
Advertisement:

The result of 8 years of thorough, meticulous research by Wired writer Steve Silberman, NeuroTribes is his epic take on the history and present of the autism spectrum. It covers a massive variety of topics, from how autism may have presented itself in the distant past, to how the condition in its varied forms was discovered independently at multiple times in history, to how it was understood (or misunderstood, as the case so often was), to the lives of autistics themselves, from ways some of them were able to make successful careers, improve the sciences and the arts, engage in self-advocacy, and change the public understanding and perception of the condition.

What sparked the writing of the book was initially Steve's interview of two bigwigs in Silicon Valley. Seemingly coincidentally, both of them had an autistic child. Surprised, Silberman mentioned this while chatting in a restaurant, whereupon a special education teacher came to him and said, "Autism is an epidemic here in Silicon Valley. Something terrible is happening to our children."

This led Silberman to write the article The Geek Syndrome

, which talked about how and possibly why autism seemed to be so prevalent in Silicon Valley. Was it nerd genes? Genius genes? Math-and-tech genes? Something other than genes?

After the article, Silberman received many letters from people, many asking him questions or telling personal stories. He heard from people who said they were intelligent or skilled and their kid had autism, or that they themselves suspected they had mild autism. He wondered what was going on, and began to look into it in more detail, spending the next 8 years reading about psychology and tech and learning everything he could about the founders of tech companies, the major names in sci-fi, classic scientists from centuries ago, the history of psychology, case histories of anyone who showed autism traits, the write-ups of psychologists who encountered autism traits, and much more. The conclusions he came to? Well...

The book covers many subjects:

The book has a handful of recurring themes that present themselves: