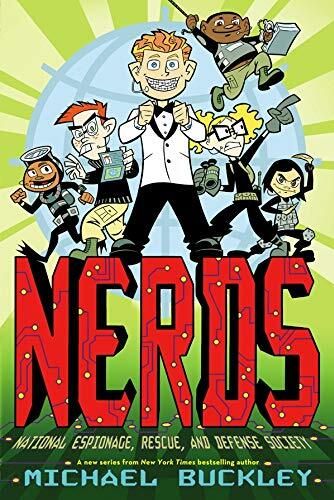 N.E.R.D.S. is a series of books by Michael Buckley.

There's a spy agency underneath Nathan Hale Elementary School. Its agents are five misfits, the kind of ultra-geeks that get bullied every day. They're nerds. And that's their cover for being N.E.R.D.S. (members of the National Espionage, Rescue, and Defense Society). They have been doing pretty well...until former bully Jackson Jones accidentally discovers their headquarters, and the director invites him to join the team. It goes downhill from there.

Examples of Tropes Founds in N.E.R.D.S Are: