Literature / My Swordhand Is Singing 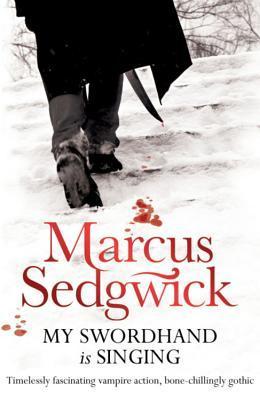 My Swordhand is Singing is a novel by British writer Marcus Sedgwick.

It is set in the early seventeenth-century, in a small village called Chust. Tomas and his son Peter settle in the small village as woodcutters. Peter is finally happy that they have settled down and stopped their nomadic lifestyle, since they are unable to fit in anywhere. However, strange and unexplainable things start to happen in the village, and Tomas seems to know something about them. The man also holds a deep, dark secret.

My Swordhand is Singing was also awarded the 2007 Booktrust Teenage Prize.