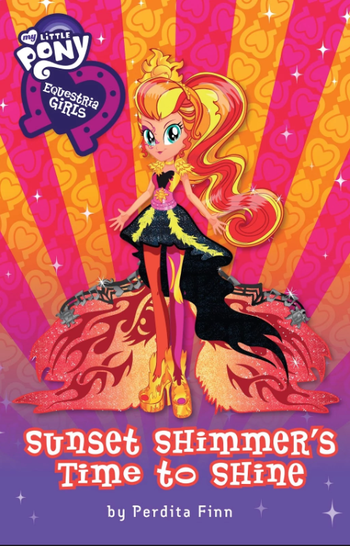 Struggling to find a place to be as a human girl, Sunset starts investigating magic with the hopes of finding something that defines her and being useful to her friends.

This book starts just after the events of the Rainbow Rocks movie. It also has the first original plot of the Equestria Girls books. Written by Perdita Finn.