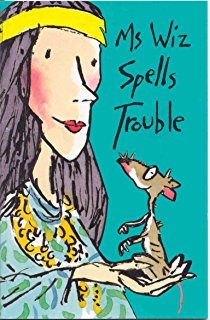 "I go wherever a little magic is needed"
-Ms Wiz
Advertisement:

Ms Wiz is a series of children's books written by British author Terence Blacker. They follow the antics of a witch (who does not like being called one) Dolores Wisdom a.k.a Ms Wiz who arrives as a new teacher at St Barnabus school for the troublesome Class Three. Through her magic and various fun schemes she is able to transform the class and improve their lives. However the rest of the teachers hate her at the school and she is forced to leave but she returns in other books to help the individual children whenever they need it.

Tropes associated with these books: