Literature / More Than This 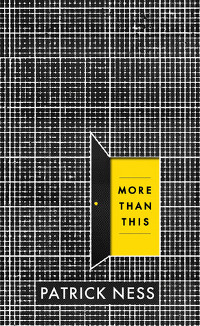 Here is the boy, drowning.
Advertisement:

More Than This is a 2013 Young Adult novel by Patrick Ness. The main narrative is about Seth, a teenaged boy who dies and then wakes up to find himself in a strange, deserted world. This is interwoven with the secondary plot that follows Seth's life up to the moment he drowned one winter day in the ocean, with some philosophical musings on stories and life along the way.

More Than This reveals most details of the story as you read. It is recommended that you finish the book before reading the examples below.