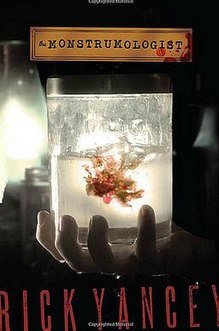 The Monstrumologist is a tetralogy by Rick Yancey. It chronicles the adventures of a scientist who researches and studies monsters in the 1800s, and his young assistant.

This Series Contains Examples Of: