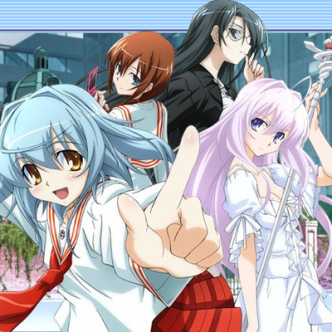 Modern Magic Made Simple (Yoku Wakaru Gendai Mahou, literally "Comprehensible Modern-Day Magic") is a series of Light Novels written by Hiroshi Sakurazaka and illustrated by Miki Miyashita, which began publishing in 2003. The novels received an anime adaptation in the summer of 2009, which was formerly available for streaming on The Anime Network as Modern Magic Made Simple and can still be watched on Crunchyroll

under its Japanese title.

Tropes in Modern Magic Made Simple include: