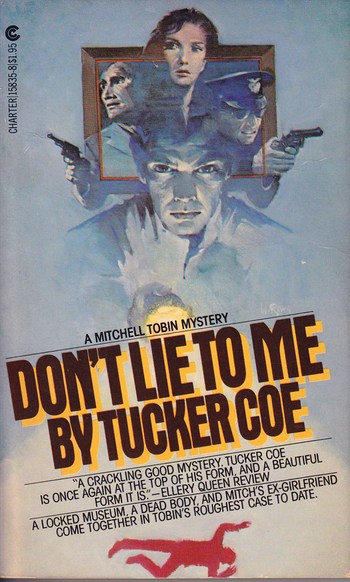 A Donald Westlake series (although he used the Pen Name Tucker Coe at the time) following Mitch Tobin, a disgraced NYPD officer and Defective Detective. Tobin was fired from the NYPD after his partner die during an arrest when Tobin wasn't there to watch his back due to having snuck off to have an affair. Tobin is a detective with no interest in being a detective, who (for most of the series) takes jobs just for the funds to remain isolated from a world that floods him with painful reminders and self-loathing. Each novel but the last one features Tobin's investigation bringing him into contact with a sub-culture of some kind (mafia members, flower children, mental patients and the gay community).