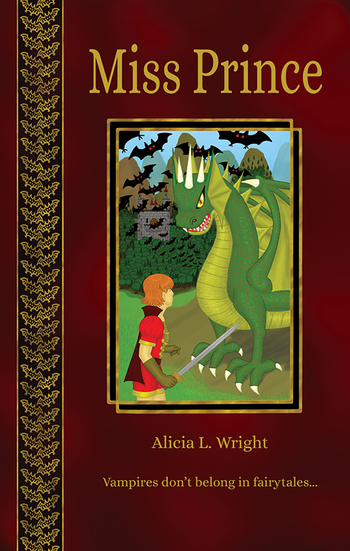 Our hero tries to fight a dragon.
Advertisement:

Miss Prince is a book by Teen/Young Adult writer Alicia L. Wright. It can be bought here

The book is related to and set in the same continuity as Vampires Dont Belong In Fairytales.

Thankfully we have more than one trope: