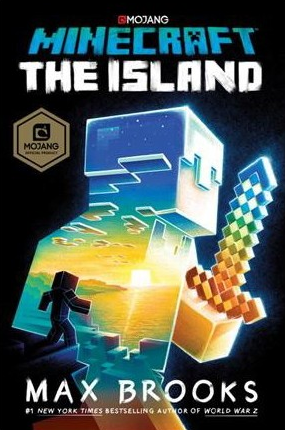 Minecraft: The Island is an official Minecraft novel by Max Brooks, author of World War Z.

An unnamed castaway from a world much like ours arrives in the world of Minecraft one day with little memory of their world and who they are, and no idea how to survive the first night.

With monsters lurking, the protagonist must not only survive, but thrive, using their courage, creativity, and bravery to try and find what the world is and why they were put there.

A sequel, Minecraft: The Mountain, was released in 2021, featuring the island castaway exploring a cold mountain and meeting another person like them, Summer.