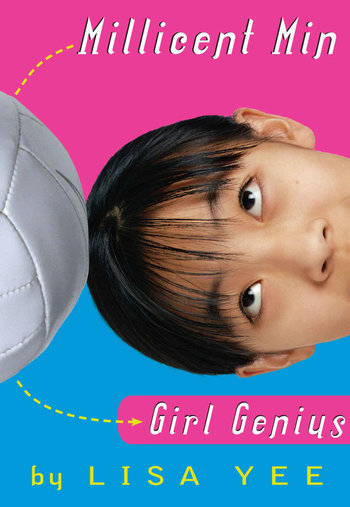 Millicent Min, Girl Genius is Lisa Yee's first book about an eleven and a half year old girl genius named Millicent Min who attends high school in the fictional town of Rancho Rosetta, California. This young girl has a lot of trouble in her social circle. She's an 11 year old genius but she has no friends. To make things worse, she has to go for volleyball. She also has to tutor her arch enemy Stanford Wong, who almost flunked sixth grade. Then she meets someone named Emily Ebers. Millicent has to hide the fact that she's so smart, she has to put up with a cretin like Stanford and go through volleyball.

There are two companion books from other characters' points-of-view: Stanford Wong Flunks Big-Time and So Totally Emily Ebers.