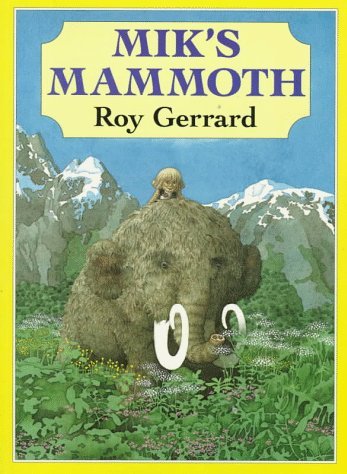 Though fortunate, I must admit, To have one priceless benefit — A mammoth for a friend.
According to the rest of his clan, Caveman Mik is a nincompoop. But what he lacks in brawn he makes up for in brains, and when the tribe is in trouble, it's Mik to the rescue!
Advertisement:

Mik's Mammoth is a Picture Book written and illustrated by Roy Gerrard. It was first published January 1st 1990. The story is about a small caveman named Mik who accidentally gets left behind by the rest of his tribe and how he survived with the help of his mammoth friend Rumm.