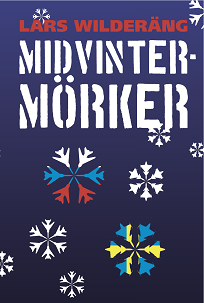 Midvintermörker (Midwinter Darkness) is the first novel written by the Swedish blogger and author Lars Wilderäng. It follows several characters as Sweden is attacked by a foreign power. It is essentially a military thriller, filled with battles, borderline political satire and a lot of military terms and technology. Considered to be a warning text about the decline of the Swedish armed forces.