This page contains unmarked spoilers from the previous novels and Metro: Last Light, so beware! 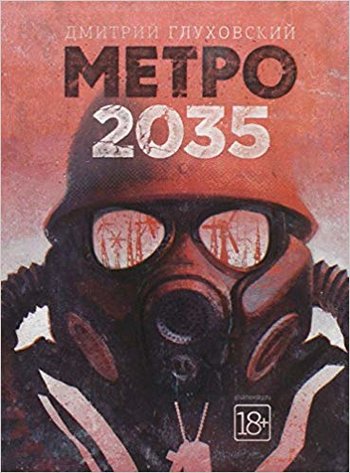 Metro 2035 is a novel written by Dmitry Glukhovsky, published in 2015. It is a sequel to both his previous novel, Metro 2034, and the video game Metro: Last Light, and the third book in the novel series overall.

One year after the events of Metro: Last Light, Artyom has quit the Rangers, married Anna, and returned to his home station. Life in the Metro has also settled back to normal, with several changes: the Fourth Reich appears to have reformed itself in order to attract more residents, while the Red Line is suffering from a famine after a blight ruins their food supply.

Artyom, however, believes that two years ago, on top of Ostankino Tower, he heard radio transmissions from outside Moscow. Now, he is determined to make contact, and prove that there are others alive outside Moscow.

To do so, however, he must brave the Metro once again, and the new political changes that have reshaped it.

The novel is followed by the video game Metro Exodus (although the canon is sorta loose).