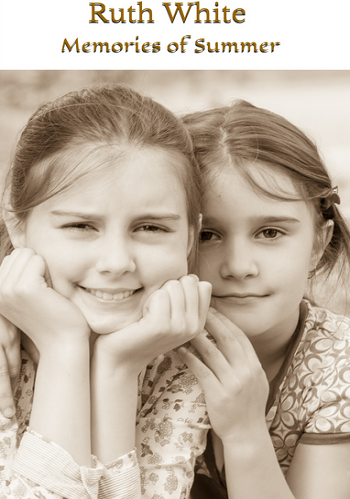 Memories of Summer is a semi-autobiographical work of fiction written by Ruth White in 2001, and set in The '50s.
Advertisement:

Sisters Lyric and Summer are delighted when their father announces they'll be moving from their small Virginia town to Flint, Michigan. But shortly after they've settled in Summer begins to act strangely and only gets worse as time goes on. Lyric just wants to enjoy her new life, but the increasing worry about her sister and the need to take care of her begins to take its toll and eventually, a difficult choice must be made.